The Nu Band - The Final Concert

SIDE A
1. LIKE A SPRING DAY
2. IN THE WHITECAGE

SIDE B
1. LAMENT FOR BILLY BANG
2. FREE PIECE

The Nu Band, reviewed and praised often before on this blog, and a band consisting of the late Roy Campbell on trumpet, flugelhorn, pocket trumpet and flute, Mark Whitecage on alto and clarinet, Joe Fonda on bass, and Lou Grassi on drums. "The Final Concert" is the last performance of the band with Roy Campbell, who passed away in 2014 at the age of 61. As on their other albums, the band starts with pre-written themes, one composed by Whitecage, one by Fonda, one by Campbell, and the fourth track is a collective improvisation. The themes act as springboards for lengthy improvisations, but with a clear and maintained focus on the theme's ingredients. The quartet swings and dances, and to hear Campbell's soulful and bluesy tones makes it all even more sad, despite the music's inherent joyfulness. The great thing about The Nu Band is that it's a band of equals making great fun and great music. They give each other space, they encourage, they interact in a playful and respectful way, attentive and creative at the same time. They have nothing to prove. No aesthetic or egos to defend. No statements to be made other than enjoy themselves and the audience. The whole album is a great tribute to Campbell. 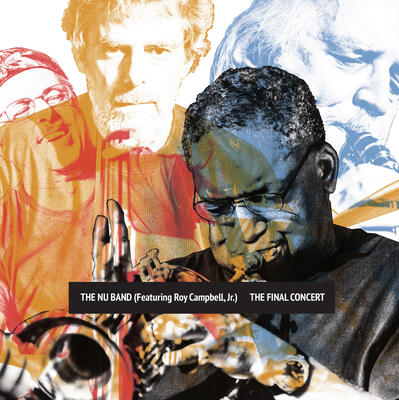