Born in Los Angeles, CA in 1952, Roy Campbell's family moved to the Bronx when he was six. Mr. Campbell began playing the trumpet seriously when he was a teenager, inspired by the examples of both his father (whose trumpet was the first one he used) and the legendary Lee Morgan (whom he first met as a fan at the Bronxwood Inn in the early '70s). Mr. Campbell later studied with Mr. Morgan (and also Kenny Dorham) at Jazzmobile Workshops between the years '71-'73. Later, he studied theory and arranging with Yusef Lateef at Manhattan Community College. It was also during the early '70s that Mr. Campbell first began listening to the work of avant garde trumpeters such as Don Cherry, Bill Dixon and Donald Ayler.

In 1978, Mr. Campbell met the bassist William Parker, who invited him to join Jemeel Moondoc's Ensemble Muntu. This association led to many dates and tours, especially in Europe. Mr. Campbell began spending a lot of time in the Netherlands in '88, touring with bass saxophonist Klass Heckman, scoring films for German documentary director Rosa von Praihim, and directing the Thelonious Monk New World Orchestra.

Back in the U.S., Mr. Campbell composed music for Off-Broadway plays, continued to expand his collection of monster movies, co-founded the Other Dimensions In Music group, and played with a wide variety of improvisors. His live credits include work with Roland Alexander, Cecil Taylor, Sunny Murray, Rashied Ali, Craig Harris, Woody Shaw, Zusan Kali Fasteau, David Murray, Henry Threadgill, Billy Bang and Sun Ra. This, as well as leading his own Pyramid Trio, and working extensively with New York's Music Under NY program. In 1995 Mr. Campbell even took a daylong gig playing national anthems for flags that a nonprofit business group was putting up near Grand Central Station in NYC (according to the NY Times, he played about 55 of them.)

With an approach and technique that takes the influence of both Mr. Morgan and Booker Little, and hauls them into the future, Mr. Campbell has been a solid presence on the New York improvisors' scene for over two decades. .-Bio above written by Byron Coley (& thanks to Michael Ehlers) for their Fire In The Valley '98 program guide.

In 2001, Roy presented a powerful new Pyramid Trio featuring Hamid Drake on drums and William Parker on bass, the dream rhythm+ section. Ethnic Stew And Brew was the album: critically lauded across the board and chosen among the Best of 2001 by both Jazz Times and Downbeat. A new quartet concept was also brought to fruition. With Khan Jamal - vibes, Wilber Morris - bass, and Guillermo E. Brown - drums, this Quartet released a distinctive album on Matthew Shipp's Blue Series for Thirsty Ear.

In 2007, he was commissioned by Arts For Art to compose and present new work at Vision Festival XII that June.

Source - All About Jazz 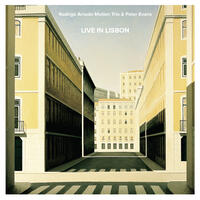 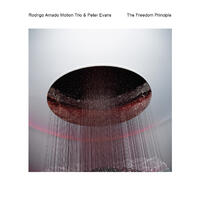