Whatever Will Happen That Will Also Be

Ever since Haydn’s day the string quartet has been considered a prestigious form and as such has come to exercise an attraction on even those operating in what could loosely be termed the jazz arena. Drummer Harris Eisenstadt presents his first foray on Whatever Will Happen That Will Also Be, enlisting the Mivos Quartet, one of America’s foremost new music ensembles. Although the 35-minute composition contains some ten minutes of improvisation, such is the skill of the quartet that the transitions appear seamless. While the bright lyrical invention and rhythmic ingenuity one might recognize from Eisenstadt’s groups such as Canada Day are under wraps, his love of overlapping layers and contrapuntal voicings is well represented. Eisenstadt meets the challenges inherent in the restricted instrumental palette of the strings by accentuating contrasts, juxtaposing dog-bothering violin whistles with longer deep tones in the viola and cello and plucking against bowing. However, the work sits firmly under the contemporary music banner, rather than indicating any sort of crossover. Constant gear shifts create an unsettled feel overall. Eisenstadt first introduces then extrapolates the thematic material, starting with violins in the highest registers, pizzicato strings and somber sustains. Amid the angular shards and gritty attacks, “Movement II” opens out into a brief aching viola melody while “Movement III” furnishes slower passages, although even here there are episodes of dashing sawing, including an extemporized violin coda of extreme textures. The last movement unifies material from previous sections and heralds a reprise of the opening gambit, but the unresolved final notes lend an air of mystery in keeping with the title. While Eisenstadt remains one of the select band of drummers who compose, this set begs the question whether ultimately he will become known as a composer who drums.

Drummer Harris Eisenstadt’s bands cover the field between hard-edged intricacy and chamber delicacy quite handily. While doesn’t make it hard to hear his interests in African, Cuban, and classical music, he usually doesn’t make genre the point. But it’s hard not to sound classical when you compose for a string quartet, and this four-part suite lacks the sort of rhythmic assertiveness that could signal that a jazz drummer composed it. The Mivos Quartet’s performance keeps the each voice distinct, which emphasizes the three-dimensionality of the music from moment to moment. The LP, which was pressed in an edition of 300 in Germany and sounds as unfussily immaculate as the crisply designed cover, amplifies this experience. 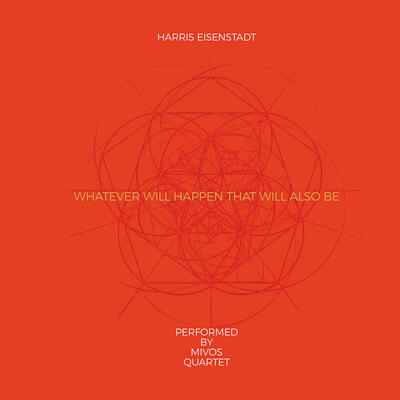