Turbina Anthem delves into the throes of assertive, sometimes chaotic experimentalism. A pungent trumpet opener pierced with mutated guitar plucks is standard fare across much of the track list, to most astringent effect on “Spoon” and “Jura”. Gomes aurally transforms his guitar into a metal sheet-washboard hybrid on the former, providing a percussive foundation for Miguel’s flaring trumpet. Beneath the grating overlap of the two strong-willed sounds, however, there does lay an appealing sense of discord and darkness - an ‘antiharmony’ of sorts. This quality reaches its height in “Jura”; Miguel plays with more apparent momentum, immediately searing the air when met with Gomes’ guitar gunshots. Turbina Anthem’s recurring piece - “The Pale Star”, recorded in five parts - offers some much-needed palate-cleansing. These tracks open with bare plucks of guitar or extended trumpet notes, proceeding serenely with few adornments. Gomes and Miguel still stretch the bounds of their instruments but on a more controlled scale, showcasing their versatility past caustic composition. 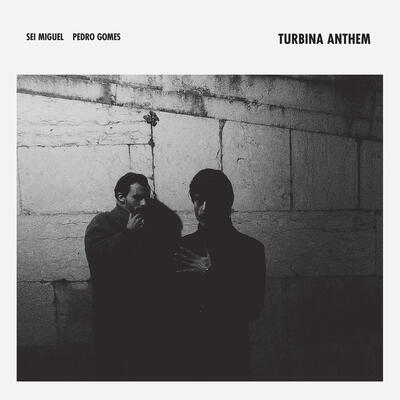