Thousand Seconds Of Our Life

With enough mainstream romanticism to reify MacDonald’s and Crispell’s avant-garde credentials are the dozen selections on Thousand Seconds of Our Life. Created by two evolving Lithuanian stylists, pianist Dmitry Golovanov and soprano saxophonist Jan Maksimowicz, both of whom usually play in larger groupings and sometimes with electronics, relaxed melodiousness is paramount here. In execution Maksimowicz’s expanding airiness suggests a tone that would have floated from Stan Getz if he had recorded on soprano saxophone, while Golovanov’s flowery ripostes evoke beauty, but only rarely toughen the expositions. With almost all of tunes at similar tempos and voicing sameness creeps in, with ideas dancing on the surface rather than attaining a more profound interaction. Some efforts to change course as on “302 Seconds” featuring sharper flutter tonguing and upwards spurts from the saxophonist, or keyboard directed theme re-harmonization in response to sliding tongue slurs on “337 Seconds”, vary the program somewhat, but perhaps additional players and/or more musical idea would have helped.

The album's got a very poetic title, and a wonderfully poetic sound as well – music that adds up to way more than the 1000 seconds promised on the front, served up in beautiful duets between Jan Maksimowicz on soprano sax and Dimitrij Golovanov on piano! Some tunes are quite short, others run for a few minutes – and there's a great sense of variety throughout – sometimes quite free, sometimes more lyrical – often with a nice sense of space around the edges, and a balance of modernism and sentiment, a bit like ECM at its best 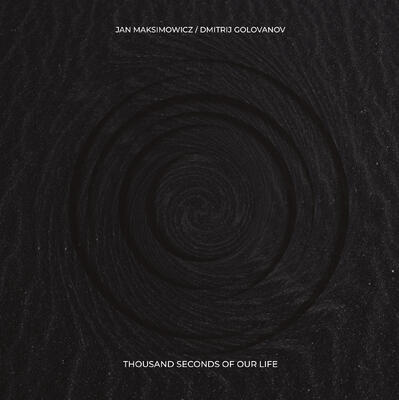