SIDE A
1. JAP AGITATOR CAUGHT AGAIN
2. D.O.O (development of our own) / DECLARATION FROM DETROIT
3. COLORED TO CELL - JAPPS TO HELL

SIDE B
1. WHERE ARE THE BROTHERS AND SISTERS? - THEY WENT TO APPLE ORCHARD
2. WHEN NO SAINTS GO MARCHING IN
3. TO THE VALLEY OF PARADISE - YEA THOUGH I WALK THROUGH THE VALLEY OF THE SHADOW OF DEATH I WILL FEAR NO EVIL FOR I AM THE EVILEST DON OF A BITCH IN THE VALLEY

Nobuyasu Furuya is a relatively little-known Japanese reedman who lives in Lisbon, where he's been making associations with some of the city's finest improvisers. Following his 2009 debut on Clean Feed (Bendowa, with bassist Hernâni Faustino and drummer Gabriel Ferrandini) he's back with The Major, joined by the RED Trio (Faustino, Ferrandini and pianist Rodrigo Pinheiro) and trombonist Eduardo Lála in six original compositions ranging from pulpit-pounding to cagy sonic exploration. On tenor, Furuya's playing is reminiscent of Peter Brötzmann and Mototeru Takagi, and the RED Trio is akin to a contemporary version of ARC or a free-improv version of the Garland / Chambers / Taylor rhythm section. They're surely one of the most cohesive improvising trios in modern music, and collaborations with figures like John Butcher, Nate Wooley and now Furuya are extra icing on the cake. The three build up a detailed storm behind his gruff, burnished shouts and Lála's tailgate on "Jap Agitator Caught Again", bashing and whacking brush alongside the leader's manic sear. Opening the flip side, "Where Are the Brothers and Sisters?" has a chunky ragtime to no-time rhythmic bash, with Lála's Rudd-like slushy chortle sailing on the pianist's eddies. The trombonist is an impressive member of the front line, belting out jovial and brusque commentary. The Major is an enjoyable and frequently compelling session with strong, engaging interplay and flashes of studied seamlessness. What more could one ask for from a second date? 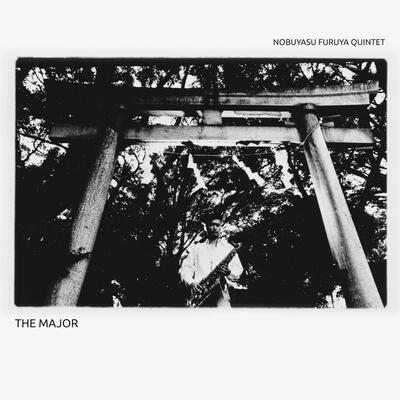