Goodness knows why this 1994 date hasn’t seen the light of day previously. But thanks to the good folks at No Business, we can now enjoy this superb duet (if you’re lucky enough to grab one of the 400 copies). It’s always a treat to listen to Burrell engage canonical materials such as these Jelly Roll Morton tunes, though most folks reading this will know that this is no conventional tuba and ivories reverential romp. This isn’t to say that they play without any fidelity to the sources. Just listen to them dig lovingly into Morton’s “The Crave” to start things off; there’s an orneriness to Stewart’s pedals and lines, and Burrell’s own marvelous elaborations on tempo and melody.

Stewart plays way more than a supporting role here. He dials up some gloriously whooping solos, loads of portamento phrases, and some bumpnoxious rhythms. The pair have a great instinct for contrast, too, and are especially fond of juxtaposing bright lyricism with outright hollers. Burrell hits these marks on his own tunes, too, three of which close out the A side. “Popolo Paniolo” is a study in brisk, headlong momentum, with Stewart and Burrell racing through tightly overlapping lines. “I Am His Brother” opens with a glorious dirge, all swirling chords, then follows a brief march before sputtering to a noisy end. And “Pua Mae’Ole” is a gentle transitional piece of sorts, stately and just a touch hymnal in places. The B side is made up of two additional Morton tunes. “New Orleans Blues” is a sheer delight, digging deep into unhurried variations that speak to the abundance in this musical tradition (and it’s also got Stewart’s most righteous playing on this record). Best of all is the deep dive into Morton’s “Spanish tinge” on a brash, emotional “Spanish Swat.” Glorious stuff, very much worth tracking down.

Pianist Jelly Roll Moton’s jazz funeral took place in 1939, but pianist Dave Burrell and tuba player Bob Stewart pinpoint the adaptability of Moron’s arrangements to contemporary setting on The Crave (No Business Records NBLP 100), by splitting the program between three Morton compositions and three by Burrell. A commanding stylist, Burrell’s performances bring an Ellington-like refinement to this bare-bones format, opened up on tracks such as his own “Pua Mae Ole”. But at the same time, like a couturier who insists on classic detailing on a leading-edge garment he’s crafting, the pianist doesn’t mute echoes of the past, such as primitive blues on Morton’s “New Orleans Blues” and ragtime reflections on Morton’s “The Crave”. On the second tune Stewart defines the function of a so-called brass bass, huffing a grounding ostinato alongside the pianist’s jaunty interpretation that also twist tango intimations into Hot Jazz with intelligent pauses and contemporary chord augmentations not upsetting the piece’s terpsichorean orientation. In contrast, the tubaist’s dramatic growling coupled with the pianist’s meditative pace ups the intense story telling that is Burrell’s I Am His Brother. Instructively enough Burrell’s savvy conversion of two other Morton tunes point out the lineage between 1920s ivory ticklers and Monk. These Monkish allusions are especially noticeable on the harder-edged “Spanish Swat”, where Burrell’s keyboard creeping leads to opaque, moderato and angled patterning. His narrative which slides from high-pitched glissandi to segmented bass chords, are held up like top man on a human pyramid by Stewart’s puffing continuum. “New Orleans Blues” is taken at a more leisurely pace than the original, with contemporary note variations pock-marking the stone face of Morton’s original. These improvisations not only stretch the theme with the looseness of a cat chasing a string, but allow the tuba player’s contemporary oom pah pahs to march in rhythmic lockstep with Burrell’s deeply felt and relaxed tune elaborations.

In 1991, Burrell recorded a Jelly Roll Morton tribute, Jelly Roll Joys, and three years later, Burrell and tuba player Bob Stewart did a European tour, The Crave taken from a concert at Kölner Stadtgarten in Germany. It’s a remarkable set combining three Morton pieces with three Burrell compositions. Stewart is very much in keeping with the spirit of the material. Burrell sets the tempo with the title track, one of Morton’s compositions redolent with the “Spanish tinge”. Burrell and Stewart give the music a strong rhythmic forward momentum, not too fast and tempered with playfulness. The Burrell compositions consist of songs from his opera Windward Passages, two of which were previously unrecorded, definitely more modern harmonically and rhythmically. The theme to the oftrecorded “Popolo Paniolo” seems to shift key, tempo and rhythm every four measures, Stewart deftly maneuvering these intricacies with aplomb and mining the melodies for all they are worth. This is a wonderful set and one of the best examples of Burrell recording Morton’s music. The only complaint is that at 38 minutes, it should have been longer. 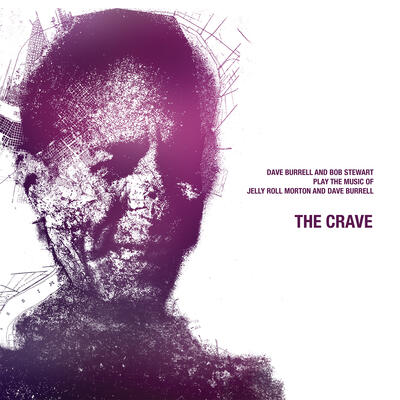