Simpatico from the beginning, Rutherford and Toyozumi establish a mutually acceptable groove and exploit it throughout. The drummer’s clattering cymbal shots and focused textures are on side during the first and title track and very quickly the trombonist’s up and down slurs become more animated and wider, sliding and stuttering a collection of patterns in his narrative. Exhibiting bows to Native American-like tom toms pressure and reverberations from gongs, hi hat and miscellaneous small percussion instruments, the drummer sets up a continuum from which Rutherford’s can dig deeper into his horn’s innards to produce multiphonic vibrations with tones seemingly reflecting the metal as much as air and movement. Pedal tones soon give way to gutbucket-styled slurs, elephant-like bellowing and eventually a layered sequence where tone brushes against tone at near supersonic speeds. Keeping the illusion of rhythmic swing palpable, Toyozumi’s stentorian whacks shift to paradiddles and rolls climaxing with cymbal slaps to match the trombonist’s slide guffaws.

Percussion tones become more isolated and metallic sounding, though still holding to the groove when initiating a variant of call-and-response with the trombonist’s plunger work in the middle of the meeting; and then the concluding “Song for Sadamu Hisada” adds unexpected warmth to the sometimes technical tête-à-tête., Rutherford starts off with carefully cultivated brass vibrations escalating to assault-rifle-like firing speed. Balladic rather than bravado, his skill allows him to shrink his solo to pinpoint textures, but even as he does that, he pulls out sliding growls never abandoning linear thrusts. Toyozumi’s rattles, rebounds and pops make appropriate backing and fade in unison the trombone tones for a perfect finale. 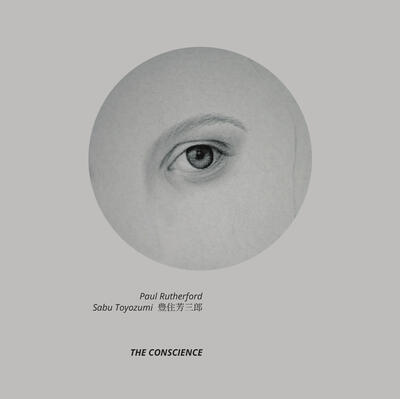