SIDE A
1. PUSHING UP DAISIES
2. MORIBUND
3. NICKEL EYES

The power of this album is not only in the stellar interaction, but the creation of in-the-moment musical innovation is possibly even stronger. What you hear is at times pretty unique, as in the mesmerising ending of the first track, or in the granular juxtaposition of phrases on the second.
The long "La Grande Mort" is the centerpiece of the album, and is again a fascinating example of common creation. Weber's extended tone with his arco bowing and Wooley's circular breathing of a single note set the tone for the rest of the track : this is beyond what you've heard before, and not by using extended techniques, which is often the easy way out for the less talented, but by creating something new full-toned. It is the music itself that speaks, not the sounds.
Here it results in a dark suspense, in line with the album's theme of death. You know death is coming, you don't know in what shape or form, you know you fear it, yet you equally know it's inevitable ... that's the kind of thoughts and feelings that are conjured up by the piece, together with some infinite sadness combined with unpleasantness and dread, only to erupt suddenly in almost joyous tones of liberation, or maybe struggle, and ending in slow resignation.
The last piece is the most inaccessible, closed and hermetic, with distorted sounds and minute intimate in-the-moment  playing, low-volume with little sounds clattering against each other, like the death-throes of a dying animal.
An absolutely superb album by three magicians of their instruments.
Highly recommended! 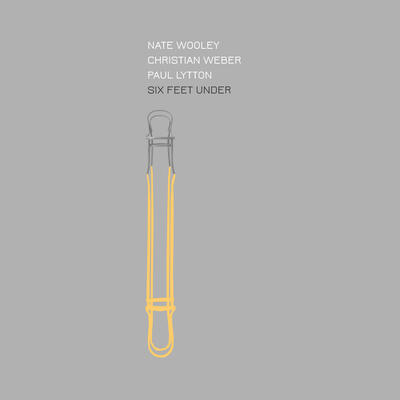