The beauty of a short story, of course, is that it can be taken in at a sitting, indeed is so structured and formulated that it represents a single, continuous verbal performance, unlike the episodic or architectural structure of a long novel. It is, to that extent, a form that lends itself rather well to musical analogies, though not at first glance to improvised music, which tends to subordinate artful structure to moment-by-moment invention. And yet the greatest short stories can often seem improvised: brief, epiphanic flashes where the next step and the eventual outcome remain in doubt to the very end. There’s something of the humane embrace of Chekhov, Hemingway’s muscle, reticence and resistance to mere abstraction, but perhaps it’s Henry James, that master of indefinable atmospheres and of the tense dialogue between Old World and New World cultures. This is the realm Howard Riley occupies with magisterial confidence, jazz given not just a catch-all cisAtlantic accent but with Howard’s distinctive burr, classical language not simply swung but put through a harmonic and rhythmic gate that transforms it utterly. How to hear him? Italo Calvino, another master of the short form, put it perfectly: ‘It is not the voice that commands the story; it is the ear.’

All compositions by Howard Riley (PRS/MCPS)

John Sharpe - All About Jazz

Extended essays in the art of solo piano, these six CDs present 74 tracks which range in length from slightly more than one and a half minutes to almost seven and a half plus five novella-sized meditations from 2010. Someone whose interests include contemporary notated music as well as every variety of jazz, Riley’s showcases are consistent as well as brief. One of the most affecting tracks is For Jaki on CD 2, a bouncy ditty with Tin Pan Alley suggestions that honours the late American pianist Jaki Byard. Similarly the title tune is kinetic as well as dramatic, equally emphasizing high-pitched tremolo lines as well as a grounded narrative. Concision on the other hand, vibrates on the percussive harmonics which can be plucked from and strummed on the piano’s internal strings, while the steady lengthening lines of Another Time show harmonic references to Lennie Tristanto-like cool jazz. Riley’s discursive stop-time frequently recalls Thelonious Monk as on the tellingly titled Roots and elsewhere. Nonetheless, the extravagant dynamics he exhibits on The Opener are mirrored by his stentorian patterns on many other tunes, where Earl Hines-like walking bass notes and Cecil Taylor-like percussive runs vie for supremacy. Adventurous listeners on anyone’s gift list would appreciate any of these sets. 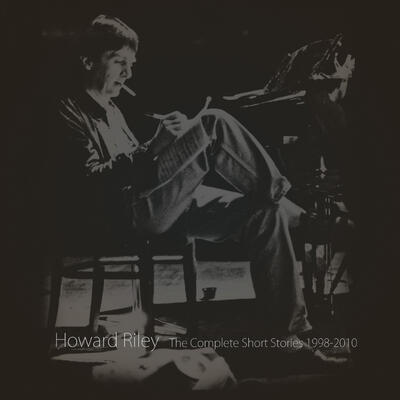