Zenith is a prominent release. A 1977 date featuring a quintet led by multi-instrumentalist Sam Rivers that made no other discs in this configuration. Intense from beginning to end, the one track, over 53-minute session gives Rivers ample space to display his seesawing style on tenor and soprano saxophones, flute and piano. The uncommon backing band consists of Joe Daley’s tuba lines which often function as a Greek chorus to Rivers’ inventions; the subtle and supple string strategies of bassist Dave Holland; and the boiling tumult provided by not one, but two drummers: Barry Altschul and Charlie Persip. With the bassist’s sympathetic strums framing him Rivers’ tenor saxophone moves through split tone and glossolalia during the piece’s introductory ebb and flow. Yet as Daley’s plunger whinnies stunningly contrast with Rivers’ staccato snarls and doits, the sliding narrative picks up additional power from Holland’s walking pumps and hand-clapping drum beats that owe as much to bebop as free jazz. Intricate chording from the bassist with a banjo-like twang help slow down the pace which moves to another sequence propelled by Rivers’ low pitched flute modulations, stretching out his passionate story telling until layered contributions from all five lead to a climax of unmatched intensity. Following heighted applause Rivers resumes the performance hammering and tinkling tremolo pushes from the piano, followed by supple tongue-stretching slides from Daley as drum fills and double bass swipes replicate a pseudo-Latin beat. Finally high-pitched soprano saxophone vibrations, doubled by klaxon-like snarls from the brass player signal the approaching finale, which despite a detour into a drum dialogue, ends with bass thumps and flutter tongued reed variations that relate back to the initial theme.

IN 1977, the great tenor saxophonist Sam Rivers brought his quintet to play at the Berliner JazzTage. Truly lucky were the audience that night to hear Rivers with bassist and cellist Dave Holland, tuba virtuoso Joe Daley and two prime drummers, Barry Altschul and Charlie Persip. The live album, the second of the Sam Rivers Archive Project, consists of a single track, Universal Message and below Rivers' towering tenor, soprano sax and flute is a storm of bass and drums, so much so that the fivesome sound like a much, much larger band. Daley's dark tuba plays like a sonic shadow of Rivers' horns, Holland's bass dances on its deep strings and when Rivers re-enters on flute after Holland's solo, the sound lifts skywards above the booming, skittering drums. It is a key record — of its time, our time, all time — and how the Berliners loved its message. 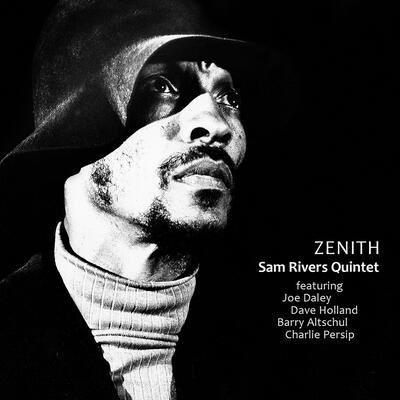