It’s taken until NoBusiness Records’ third selection from Sam Rivers’ personal archive for the spotlight to solely settle on the classic trio perhaps most associated with the multi-instrumentalist, the one completed by bassist Dave Holland and drummer Barry Altschul (though both appeared as part of a quintet on a 1977 concert from Berlin, under the title Zenith, issued last year). Appreciation of their value wasn’t confined to Rivers, as the pair also furnished the rhythm section for the group Circle with pianist Chick Corea and reedman Anthony Braxton, as well as Braxton’s subsequent quartets. But it was Rivers’ trio which persisted longest, with Holland equating it to a finishing school.

Ricochet presents the triumvirate on a single set long piece, recorded live at San Francisco’s Keystone Korner in 1976. As typical for Rivers, he employs each of his four axes in the collective improvisation which organically shifts between fiery freeform and spontaneous groove. On bass, and briefly cello, Holland parades his A-game throughout, whether in astute counterpoint, kinetic riff or angular sawing. It’s Altschul who is probably least well-served by the recording, with his trap set slightly distant, though his musicianship is similarly inspired.

This outfit could write the book on trio interplay. They change gears smoothly between the scorching opening, replete with Rivers’ emotive soprano saxophone cries, a rubato episode of responsive dialogue with Holland wielding his bow, and a dancing passage in which Rivers unspools an undulating tale with lyric inflections. Even when Holland diverges from the vamp, the swinging impulse remains. Transitions too are handled with such aplomb that they might be preordained. Witness how Holland’s sure-footed unaccompanied bass excursion closes with the repeated pattern which cues Altschul and Rivers to rejoin, this time with the leader on piano.

In fact, this disc contains some of Rivers’ most fully realized work on the 88-keys, as he develops a perfect balance between rhythmic energy and melodic variation, encompassing bluesy lilt, swaying calypso and wayward stride. Other fine moments include the invigorating cries of intertwined cello and tenor saxophone, and the final straight where Rivers’ buoyant flute almost trades fours with Holland’s pizzicato, supported by Altschul’s drum boogaloo, demonstrating how their hard-won freedom was grounded in mastery of convention.

Such events amid the magnificent flow make this outing one of the most satisfying performances from these three titans. 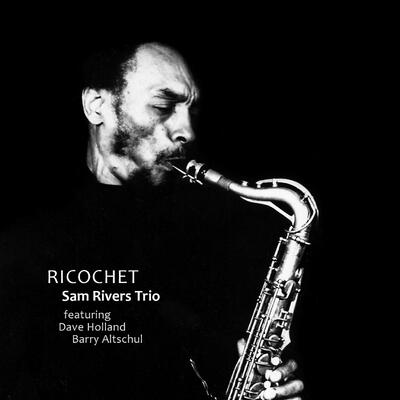