Fertile Garden cultivated by New York alto saxophonist Rob Brown, who often works with William Parker, and Argentinian percussionist Juan Pablo Carletti, who is part of Brown’s own quartet. Improvising in sections that clock in on either side of 30 minutes, the two run through every sort of duo from concentrated and energetic to segmented and more relaxed. Although there are some sequences that are moderated and where the variations are performed with reed vibrato and Morse-code-like drum pulsations, any low-pressure output is usually surrounded by timbres that squeeze together upsurging clanks and rattles with barbed reed bites and triple tonguing or other aggressive creativity. Brown’s irregular vibrations, flattement and broken octave tonguing is extended to great lengths. But unlike many saxophonist who whoosh out expositions in connected timbral bursts, his strategies are more detached. His repeated patterning involves pointillist dots and bites whether he’s scooping out basement notes or shrilling exalted textures sky high. Not only does this give him a distinctive tone, but it also allows Carletti space to inserts pumps, paradiddles or patterning to advance the narrative. So on “6BC’ among the slap tones, doits and horizontal peeps from Brown, the drummer’s regular pulse keeps the program horizontal. While the track eventually calms down into mid-range saxophone slurs and a final percussion pop, Brown asserts himself in the penultimate minutes with unaccompanied slides and strained reflux at the zenith of his horn’s range. 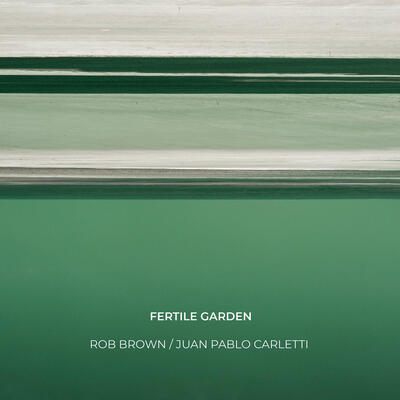