Side A
MOONDOCTOR
REPTILES A (Hazan)
BOOK

Side B
REPTILES B (Taubenfeld)
DROPS
REPTILES C (Sabag)
WATER

There's lots of wonderfully low tones on this set – not just the bass clarinet of Ziv Taubenfeld, but also the moody drums of Nir Sabag, and the deep-toned basswork of Sha Hazan – a trio of players we've never heard together before, but who really find their own special place in sound! There's a brooding intensity to the whole set – one that never gets too overblown, maybe because of the limitations of the bass clarinet – but which also holds on in this really great way throughout, even as the styles of expression shift slightly from track to track.

Bones is a trio that belongs to the Israeli scene. It consists of bass clarinetist Ziv Taubenfeld, bassist Shay Hazan and drummer Nir Sabag. Reptiles offers seven relatively freely improvised, yet well-structured tracks, which are dominated by the overall sombre tone of the instruments, especially Tauberfeld’s raw bass clarinet stands out. Whenever the music tends to become too melancholic and lyrical, Tauberfeld uses calculated subtle outbursts to put the improvisation back in its place. A good example of this is the first track of the album. “Moondoctor“ is constructed around a 10-note theme on the bass, which is surrounded by the bass clarinet, while the drums are just sparsely involved. Only after two minutes something like a groove is established. In the meantime, the bass has left the theme and concentrates on stoic riffs that work like an anchor. At the end of the piece the motif of the beginning is taken up again, it has secretly sneaked back into the improvisation before. The construction around fixed blocks characterizes the compositions on Reptiles. In the center there are three solo pieces, “Reptiles A“, “Reptiles B“ and “Reptiles C“. Ideas are created here, which are then developed further by the three musicians when they explore new territory. Doing this, Tauberfeld hardly uses overblown sounds, he sticks to the limited articulateness of his instrument (if you need a reference, Jimmy Giuffre comes to mind). Reptiles developed a very nice individual sound (I must admit that I’ve always had a soft spot for bass clarinets) with their supercool aesthetics and subdued intensity. A band to watch out for in the future. 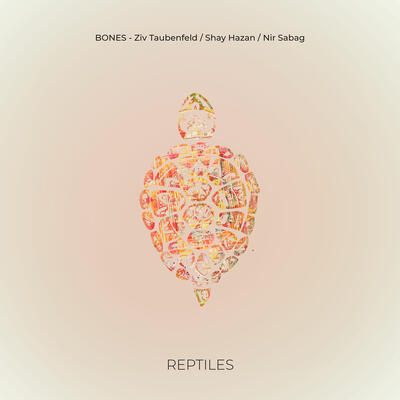