SIDE A
1. SUSTAINED
2. PACHYDERM

Empire (a limited-edition LP) has Butcher appearing as a guest with a working and, the Lisbonbased RED Trio whose eponymous debut appeared in 2010. RED Trio works at developing long, continuous sounds. Its fundamental style is a dense weave of interactive ostinatos provided by pianist Rodrigo Pinheiro, the dark-toned, pulsing lines of bassist Hernani Faustino and the expansive polyrhythms of the brilliant young drummer Gabriel Ferrandini. It’s a potent energy field with strong links to New York free jazz and when the auditory smoke clears, the group is capable of sudden light, with Pinheiro especially luminous in the piano’s upper register. Butcher and the trio have toured together in Portugal and Spain and there’s a striking musical camaraderie here, bridging free jazz and free improvisation in an original way. The track “Pachyderm” opens into a striking soundscape, with bowed bass, scraped cymbals and piano innards intersecting with the air-click stream of Butcher’s soprano, an eerie dialogue that seems to expand the very space in which the music is made, stretching toward a new territory. The extended title track, the second side of the LP, continues the adventure, beginning in a very concentrated space of isolated taps and whirrs, then gradually assembling momentum and a sense of dread as Butcher’s tenor multiphonics and the trio’s fomenting energies come together. 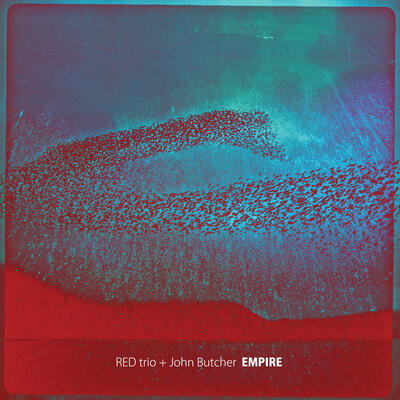