John Sharpe - All About Jazz

Port of Call is a studio-recorded duet by Klaus Treuheit and Lou Grassi. The latter is an American drummer who runs the gamut of ragtime (Max Morath) to no time (Gunter Hampel, Burton Greene). Treuheit is a German pianist who studied under Herbie Hancock and modern classical composer George Crumb. Mostly co-composed, this Port takes in the elemental blues, as on “Mysterioso IV”. This series of duos has a somewhat free-ish conversational cast, especially in “L’Space Sonore”, while “Lament #PB III” is wry, spiky bebop, Grassi swinging like Max Roach, Treuheit like Bud Powell. While heavy on mostly cerebral free/out playing, both apply a harmonious touch throughout and bits of swing when perhaps least expected. 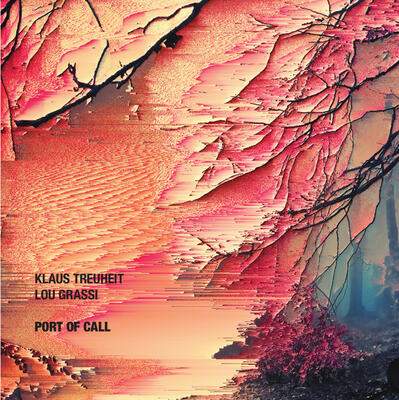