SIDE A
NASTY & SWEET PART I

SIDE B
NASTY & SWEET PART II

Nasty & Sweet collects two previously-unreleased BMN performances from Tampere, Finland and St. Ingbert, Germany in 1999 and 1998, respectively, with one take of the title piece taking up both sides of the first volume in this two-LP set. Morris’ bass sounds fantastic, a detailed and rumbling presence, deft pizzicato shot through with a surly motor and often a focal point of the music (could it be otherwise?). Nicholson is equally forceful in his approach, blending Max Roach with an almost rockish obsessiveness on the soprano-fronted final movement (in which the group is reminiscent of the Suman/Phillips/Martin trio). The following piece, “We Went Thataway,” is a rousing boppish tune subjugated to Nicholson’s exhaustingly accurate ride cymbal work, and points to an adage that “being free” in this music allows everything, including being free to work within the tradition. “Wilbur’s Mood” is positively dervish-like, Borgmann’s sopranino skating over a rhythmic whorl towards a lilting, spiritual close (the title track may actually be the piece that lingers most on Morris' sound). While Borgmann has mentioned that the trios’ work was cut too short by the untimely deaths of Wilber Morris and Denis Charles – and that is true – the unity and empathy developed in this music lives on in the saxophonist's subsequent performances and recordings. Nasty & Sweet is one hell of a place to get acquainted with these musicians and if one is already a devotee, its essentialness should be patently obvious 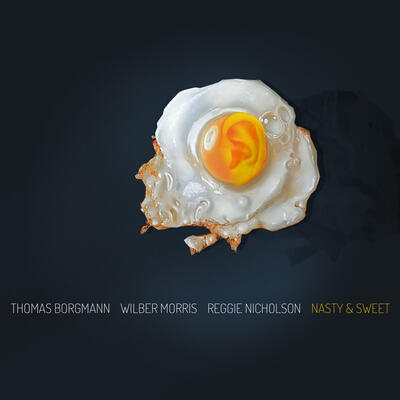