SIDE A
INVOCATION UMEA
FOR GLEN MOORE
THREADED

This album was reviewed by colleague David Menestres in January already, but because I like it so much, it's always good to bring it under attention again.
Dresser shows how brilliant technique and musical ideas can conjure up sonic universes that leave deep impressions. Throughout the album, he changes the atmosphere between the more gentle, maybe even playful pieces that are played with plucked strings, and the heavy, somber gravitas of the bowed tracks, which results in a balanced overall album, yet on the other hand it diminishes some of the coherence.
My preference goes to the bowed pieces. The opening track is dark, hesitant, changing in solidity and fluidity, adding silence when needed, altering the approach repeatedly, like in an evolving story, full of austere beauty and emotional power. "Threaded" creates a wonderful multiphonic narrative full of tension and unresolved yearning, a complex piece which is by itself already worth the purchase of the album. The same intensity is kept in the last three tracks, which come across as a suite. Silence, darkness, and the slow deep sounds are once in a while pierced by high agonizing tones, or countered by mute rumblings. The effect of the bowed pieces when listened to all in one go is amazing, at least to me. The bowed piece bring you musical art at a very high level. Don't miss this album.

Dresser, on the other hands, who has played with everyone from Anthony Braxton to Satoko Fujii, invests his seven tracks with unbridled energy. His dynamic string capability is such that even on “For Glen Moore” his collection of running stops and mid-range dynamics serves as a salute to the late bassist from Oregon without ever touching the other bull fiddler’s chosen low-pitched style. Able to throb thickened downward-moving tones and dynamic high-pitched guitar-like pulses with the same facility, his creativity is constant in both Arco and pizzicato modes. While string buzzing on a track such as “Modicana Shakeratu Non Zuccheratu” confirms his rhythmic skills, Dresser can also propel flat line timbres, and never loses sight of chromatic motion. Furthermore and crucially, other excursions such as “Threaded” and “Modicana Panettiere” show that he can produce dazzling stops and spiccato thumps off-handed and moderato without resorting to bravado at extreme pitches. 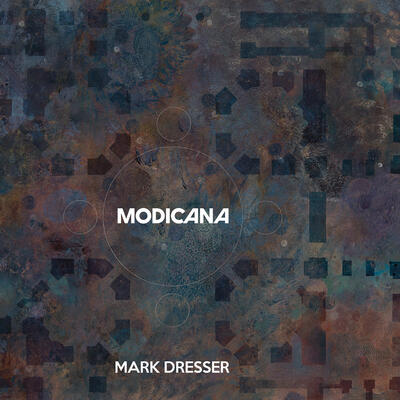