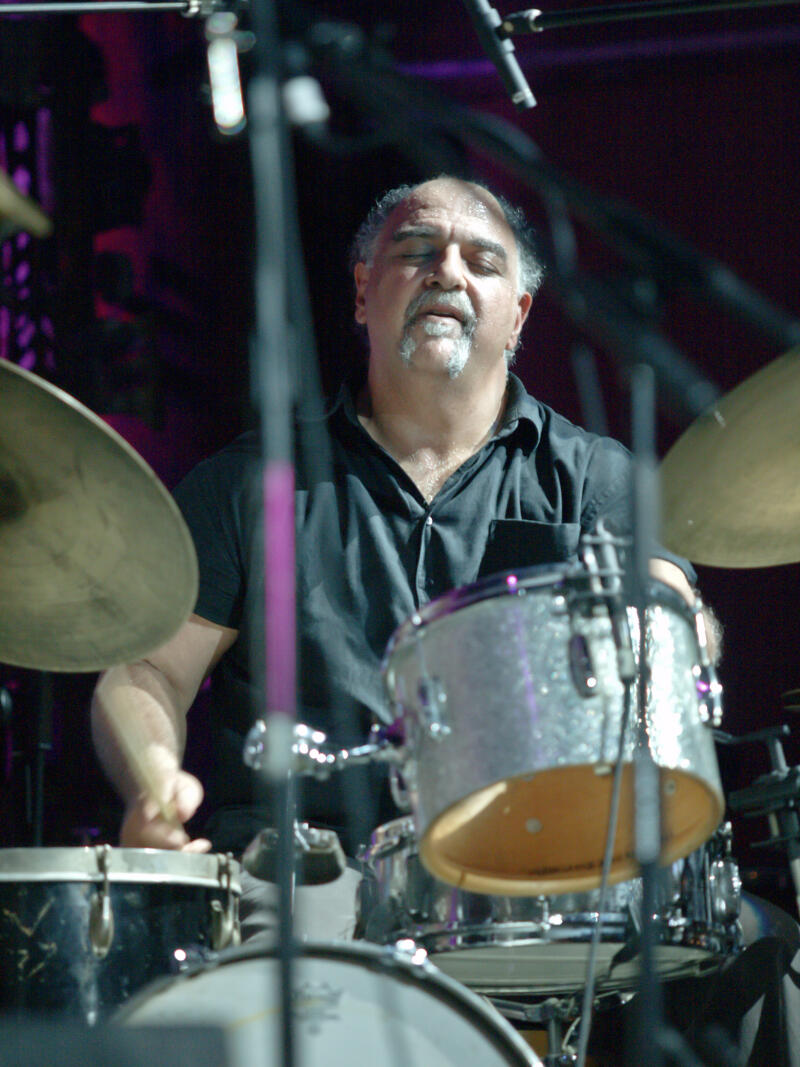 Michael Zerang was born in Chicago, Illinois, and is a first-generation American of Assyrian decent. He has been a professional musician, composer, and producer since 1976, focusing extensively on improvised music, free jazz, contemporary composition, puppet theater, experimental theater, and international musical forms.

Michael has collaborated with contemporary theater, dance, and other multidisciplinary forms and has received three Joseph Jefferson Awards for Original Music Composition in Theater, in collaboration with Redmoon Theater, in 1996, 1998, and 2000.

As a percussionist and composer, Michael has over eighty titles in his discography and has toured nationally and internationally to 34 countries since 1981, and works with and ever-widening pool of collaborators.

Michael founded and was the artistic director of the Link's Hall Performance Series in Chicago from 1985-1989 where he produced over 300 concerts of jazz, traditional ethnic folk music, electronic music, and other forms of forward thinking music. Michael has been a Board Member of Links Hall Since 1989. He continued to produce concerts at Cafe Urbus Orbis from 1994-1996, and at his own space, The Candlestick Maker in Chicago's Albany Park neighborhood, from 2001 - 2005.

Michael has taught as a guest artist at The School of the Art Institute of Chicago in performance technique, sound design, and sound/music as it relates to puppetry; rhythmic analysis for dancers at The Dance Center of Columbia College, Northwestern University, and MoMing Dance and Arts Center; courses in Composer/Choreographer Collaborations at Northwestern University; music to children at The Jane Adams Hull House.