SIDE A
1. BEFORE HEAVEN AND EARTH AND THE WORLD
2. FACE OF THE DEEP

SIDE D
1. IN THE CHAPEL
2. WITH CHEER
3. REDEMPTION
4. CONSECRATION

As Lithuanian Label NoBusiness Records has gone through the loft jazz archives, it seems like they’ve been able to tick off quite a few appetite-whetting sessions mentioned in the texts of Valerie Wilmer’s As Serious As Your Life or David G. Such’s Avant-garde Jazz Musicians: Performing Out There. Unissued Centering dates from bassist-composer William Parker; rare dates from violinists Billy Bang and Jason Kao Hwang and bassist Earl Freeman; and the post-loft supergroup The Group (curiously not commercially recorded though they were rather well regarded in the mid-80s). The Group featured Bang, altoist Marion Brown, drummer Andrew Cyrille, bassists Sirone and Fred Hopkins, and trumpeter Ahmed Abdullah. One of Abdullah’s other semi-contemporaneous appearances is equally storied and similarly never made any record dates: the Melodic Art-Tet. Featuring Abdullah, tenor/soprano saxophonist Charles Brackeen, bassist Ronnie Boykins, drummer Roger Blank and conguero Tony Waters, they lasted from 1970 to 1974. Luckily one of their final dates was recorded at Columbia University radio station WKCR in October 1974 (with William Parker on bass) and preserved for posterity.

Brackeen wrote most of the ensemble’s book – short, incisive themes as flywheels for bright, darting horn improvisations and a thrumming rhythmic surge, sometimes offset by gentle Latinate lines. The Oklahoma-born Brackeen was an associate of Don Cherry’s in the late ‘60s and it’s therefore no surprise that the quintet intersperses terse themes and rangy improvisations in a somewhat Cherry-like fashion. Though the saxophonist occasionally off-mike, turning to and spurring on his mates, the recording is mostly crisp and hot, doing a service to the concise and gruff energy that the Melodic Art-Tet had. Abdullah and Brackeen are excellently matched, the trumpeter’s commanding brittleness a perfect foil for Brackeen’s woollier incision. They would go on to share front line duties on the excellent albumLiquid Magic (Silkheart, 1987, with bassist Malachi Favors and drummer Alvin Fielder), though Brackeen has since disappeared from the music scene. While this music went mostly unheard for decades, we can be thankful that it has been so lovingly presented at a time when masters of an earlier generation are receiving few dues and the creative music environment seems at risk of losing its bleeding edge. 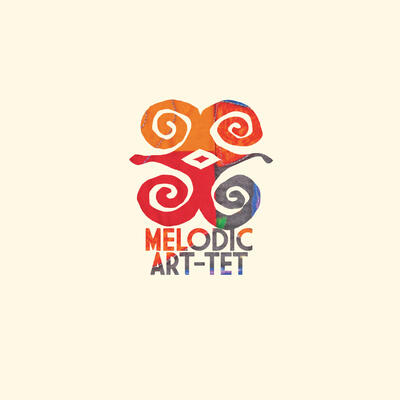