Nobody reading this needs any introduction to these two marvelous improvisers. The ubiquitous bassist William Parker and the sorely-missed violinist Billy Bang always had such instant, kinetic synergy when they got together. And this date – a May 2009 hit at NYC’s Rubin Museum of Art – confirms that and more. It’s filled with absolute magic leaping off the strings, propulsive plucks, whorls of overtones, and always a commitment to deep melody. The long title track opens with a fulsome Parker drone and plaintive, soaring melody from Bang. These dark folk sensibilities always served as a kind of foundation for Bang’s music, even when not directly articulated. But when melody moved front and center, as is the case here, Bang could simply soar. Maybe some key to the kinetic something this music audibly possesses can be traced to Parker’s notion that the best improvising happens when the players simply listen to the universe. Certainly this concert has a kind of emotional gravity that makes sense of that notion. For those of you disinclined to such thinking, the music is abundant enough on its own terms. Parker continually adjusts the music’s tonal center, and his attack, creating a kind of oscillating effect that’s often hypnotic. The two of them sometimes play in a direct, linear fashion; Bang often gets down and grinds in the lower register, whipping up a fine froth and then soaring as high as he can to a single singing note. After a spell, the musicians make some instrumental changeups that prove compelling. Parker shifts to shakuhachi on “Sky Song,” and with Bang’s high-strung pizzicato it almost has the feel of Korean court music or something similar. On the brief “Bronx Aborigines,” Parker arpeggiates with such rapidity that it’s like he’s double-stopping, as Bang spools out counterlines on thumb piano. And “Eternal Planet” is a headlong plunge into sheer propulsive momentum, Bang just going for it in this tribute to fellow violinist Leroy Jenkins. What’s so great about this music is Bang’s and Parker’s ability to create such veritable tapestries but to continually imbue them with fresh detail, whether a slice of deep funk or a suggestive, woody detail. Fine stuff.

Recorded two years before his death in 2009 Medicine Buddah finds the free jazz violinist Billy Bang in complete communion with the great bassist William Parker. The opening track is stunning, as Bang's violin vaults and swoops over torpid drones and oceanic swells of arco bass. On later tracks, Parker plays wood flute, taking the music into beautiful Zen territory. Even at its quietest,Medicine Buddah is an intense, almost overwhelming experience. 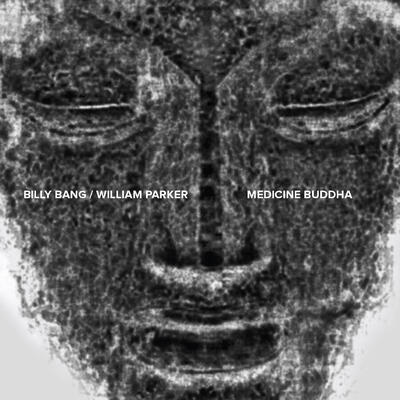