Thanks to this set – released in 2014 but only today played for the first time – I was introduced to Mockūnas, a foreign name to these ears until now. Make no mistake, he’s a brilliant reedist. Gifted with a rotund tone that betrays inventive fervor and sensible microtonal abilities, the Lithuanian approaches the not-so-easy task of a duet with drums with a mix of consideration and incorruptibility, raising the intensity level when the emotions fire on all cylinders and quietening things down where needed. In Hooker’s method we find the symbolism of a ritual and the serenity of wisdom; the man seems to know exactly where every cymbal whisper, tom roll or awkward pattern must be placed, to the point of making us wonder if some of his parts were scored. The recording quality lets us appreciate the intrinsic vibration of the drum skins, from which Hooker extrapolates vital correspondences with the saxophonist’s propositions. The earthly manifestations of a good acoustic chemistry materialize in front of a listener since the very beginning. Rewarding music by two deeply connected human beings. 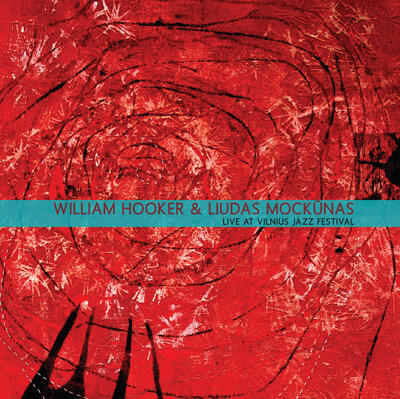