This trio concert by Japanese musicians Itaru Oki and Nobuyoshi Ino along with the visiting Korean trumpet player Choi Sun Bae is a compelling example of the treasures that have been unearthed as part of a new series launched by the NoBusiness label in collaboration with the Chap-Chap label. Featuring recordings of previously unreleased concerts which took place in Japan in the ‘90s, the series captures a particularly fertile period of free jazz in Japan. Veteran Japanese musicians had fostered a strong scene, bolstered by alliances they increasingly made with like-minded community of players from Asia, America, and Europe. Over the course of a decade, visitors made their way to Japan to play in concerts organized by Takeo Suetomi and Sadamu Hisada, most of which were recorded by the assiduous organizers.

The pairing of two trumpets and bass is an inspired setting which Oki, Nobuyoshi, and Bae navigate with a rewarding blend of freedom and lyricism, calling on jazz standards, sonorous themes, and tight-wire interplay. Trumpet player Itaru Oki is probably the best known, having recorded with musicians like Noah Howard, Alan Silva, and Michel Pilz after his move to Paris in the mid-‘70s. He brings a brashness to the group, full of gruff smears, burred vocalizations, and fleet flurries balanced by full-toned melodicism. Choi Sun Bae’s trumpet style proves an effective foil, drawing on a melodious sense of line and phrasing while maintaining an open ear to collective interaction. Bassist Nobuyoshi Ino, a veteran collaborator with musicians like Masayuki “JoJo” Takayanagi, Aki Takase, and Masahiko Togashi, anchors the sound of the trio while adding a potent countering voice to the improvisations.

The program consists of originals by Oki and Ino along with readings of jazz standards, but a strict notion of originals and standards is eroded out of the gate. The unison trumpet parts that open the first cut “Pon Pon Tea,” state the theme and then explode into a three-way exchange, flowing in and out of melody and spontaneous counterpoint with a quick detour into “Mack the Knife” to close things out. Oki switches to bamboo flute for “Yawning Baku” and each of the players takes an extended solo on the plaintive, folkish theme before settling in to a slow simmer complete with walking bass line that would fit right into a ‘50s Prestige session. Ino’s title track, translated as “Paper Balloon,” is particularly notable for its song-like melody which the two trumpet players tag-team on with clarion grace across the bassist’s bounding pulse. Oddly, the closing “I Remember Clifford” and the ‘30s dance band oldie “Old Folks” with a coda of “Tea for Two” are, in many ways, the freest with the themes only peeking out more than half-way through.

Eight more recordings from this series are in the works, including collaborations with Wadada Leo Smith, Sabu Toyozumi, Alexander Von Schlippenbach, Barre Phillips, Kang Tae Hwang, Motoharu Yoshizawa, Mototeru Takagi, and others. This is a vital series worth catching. 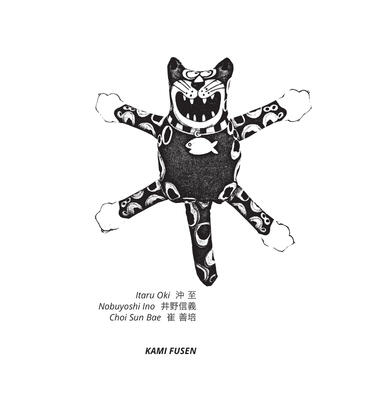