Joel Futterman’s creative powers and facility remain undimmed, but assessing the many recent entries in his corpus sheds even more light on the importance of these five discs as a benchmark on his journey. Whatever path is taken through these connected but independent album-length statements, each transition is like a breath, allowing interpretive possibility and the light of a positive and nurturing creativity to imbue a world right now in desperate need of it --- Marc Medwin

Pianist Joel Futterman recorded this outstanding five-volume solo set between June-December 2008, but it has only now been released on the enterprising Lithuanian NoBusiness imprint. While grounded in the tradition and classical study, Futterman quickly graduated to freer means of musical expression in a career largely pursued out of the limelight, having moved to Virginia from his native Chicago back in 1972. But that hasn’t held him back as he has followed his muse in consort with stellar collaborators such as saxophonists Jimmy Lyons, Joseph Jarman and Kidd Jordan, as well as alone. Now 75, he has amassed a discography of over 70 entries, showcasing a style in which laser focus, independence of movement between hands and crisp articulation at pace are given full rein. Remarkably, each session was forged in the moment and issued as complete unedited first takes in the order recorded. Each volume comprises between two and four parts of which seven exceed the half-hour mark while a pair are less than 2 minutes. Fellow pianist Marc Medwin’s detailed liners, which can almost act as listening notes, helpfully trace correspondences and emphasize recurring components across the five volumes. Futterman’s favorite mode is an atonal rollercoaster stream of rapidly repeated figures, which evolve and expand, embracing all sorts of digressions, flourishes and snags on the way as inspiration trumps direct travel. But that is not the end of the story. What is striking is that Futterman’s singular vision sires an odyssey, which touches on much of the history of jazz, but transmutes it into an intensely personal journey. So allusions to spirituals, stride, bebop and more surface at various points, not in any kitsch or affected manner, but as part of an organic flow. Futterman proves himself a master of creating form from spontaneous materials by keeping multiple ideas concurrently in mind, which he periodically revisits, lending an appealing whiff of structure. His extraordinary ability to give his two hands radically different voices is evident in the combination of high-speed undulations across the keyboard at the same time as atmospheric manipulations of the innards and gets its fullest manifestation when he plays curved soprano saxophone and piano simultaneously, a tactic he deploys sparingly, only on the final two volumes, but to devastating effect. And these are no simple blasts. It sounds as if a saxophonist has wandered into the studio. The narrative does not necessarily develop in linear fashion, as he juxtaposes and reprises previous notions, sometimes across pieces as on Volume One. Here, on the 20-minute-plus opener, his abstractions unfurl into an extemporized gospel air in the last five minutes. The same impromptu ballad also reappears in the two subsequent selections on that CD, acting as a linking motif between otherwise disparate parts. Even when he establishes such constructs, he often defers resolution, whether by abrupt about-turns or by disrupting expectations. So a bluesy refrain lasts just that bit longer than would be anticipated to elicit a delicious, almost tantric, tension. But elsewhere most tracks show little explicit relation to others in the same session. One of the absolute highlights, among a vast array of riches, is the rolling free blues that opens Volume Three, which, in Futterman’s hands, extends to encompass much of his sonic universe. It is the sort of territory familiar from his alliance with Jordan, heartfelt and exuberant rather than deconstructed, though enlivened by the occasional rhythmic dislocation and embellishments, such as glissando-like slurs called forth through his wondrous fluency. Later, on “Part Three”, Futterman alternates what could be a Monk-ish standard with a low-register scuttling, the sort of contrast on which he thrives. One particularly effective ploy is the sudden hiatus just when he seems in full spate. It is impossible to predict what might come next, but a regular occurrence is the dive under the bonnet to extract drastically dissimilar timbres. Through his adroit command of keys, wires, pedals and touch he generates a wide range of textures: percussive taps, koto-like plucks, spectral shimmers, echoing thunder and scratchy rasps. You have to marvel at Futterman’s sustained artistry. Each installment can be enjoyed on its own terms, but taken together the impact is intoxicating. 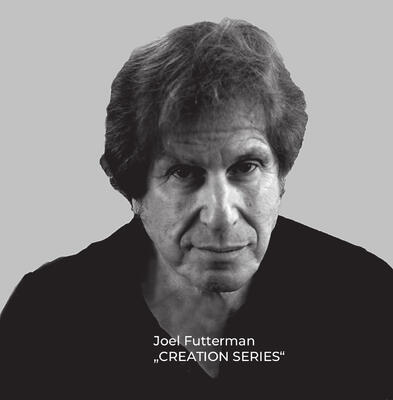