NoBusiness Records made several fantastic releases during the Covid19 era: "Japan Suite" it a perfect example. Recorded live at Yamaneko-ken, Ogose, Saitama, Japan, in December 2019, includes 6 kind free jazz songs in Japanese style. The fantastic idea of this album is actually to confront kind free jazz phrasing of François with the truly free jazz phrasing of Masayo Koketsu. That is actually the second amazing aspect of this album: the battle of two alto saxophones. The opening monumental "Uchi-soto - Inside Outside" is a great illustration of these aspects. All of this happen t with the help of the amazing rhythm section of Daisuke Fuwa and Takashi Itani: imaginative, creative and expressive. "Kacho-fugetsu - The Beauties of Nature" is notable for the incredible load of joy of joint making music. It is a more traditional track with a "walking bass" structure, but a completely crazy conversation of altos that develops into an orgiastic free jazz explosion. "Rakuyou - Falling Leaves" is the most beautiful track of the album - a slow ballad-like track with heart breaking howls of the two saxophonists. "Ogose", which is the name of a town, starts with a wonderful bass solo and develops into another tears-squeezing ballad with an eruptive and expressive final . "Yuzu - Citron" returns to the more powerful climates in terms of saxophone phrasing, keeping, however, a moderate tempo. "Kaze to kumo ni noboru - Climb the wind and clouds" end this outstanding, but unusual record of François: it is without any doubts his music, yet very different from what were used to. A multi-carat diamond!!!

What is new in art is a chewing gum that in the 20th century has been chewed so much that it no longer just does not make sense but you get a little disgusted when you hear about it. In essence, what is new in art is a paradox because it exists and does not exist. Definitely not every new stalk that is marketed as original or as "the new sound" every 2 years. If we are really interested in looking for something like this, we should insist a lot because it is something extremely rare that is almost never realized in its time. But if we are talking about something truly great in art, whether it is "new", original, unprecedented or not, we must realize that this also rarely appears in history and very often it is ... the oldest! Art is a state that does not evolve linearly over time but is rather perpetually repeated and fashions affect its respective variations, which also (fashions) are usually repeated in a cunning way to reappear when the next generation takes the reins and he does not know them. But the core of art is one, an idea that always looks new, whenever it appears.

There are artists who realize this and move away from the fashions and "commands" of the time, from the surface of artistic friction and life. They are interested in learning the mechanism in depth. To be able to activate it. What they make is not a pure shell, it contains all the systems, the instruments that are necessary for the machine to work. Whether a new component will be added each time is not a question, it is a given but almost always its contribution will be imperceptible, so not immediately and easily obvious.

So do not look for originality on this album. All of the above have always existed, exist and will continue to exist in life. And they will always look new. 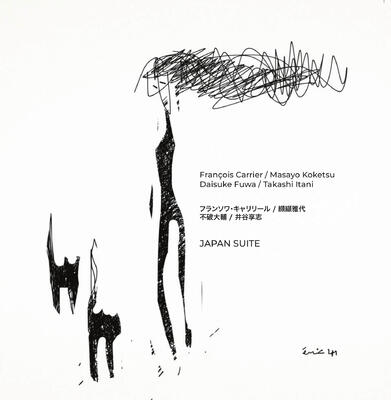