Not everyone had given up on New York however. Trumpeter Ted Daniel’s Energy Modules recorded Innerconnection NoBusiness Records NBCD 72/73 there in 1975. With 40 years of hindsight it’s apparent that Daniels’ quintet was not only creating its own variation the Energy Music, but was so comfortable with the idiom that it was almost a repertory band. Considering that the compositions in the repertory were by Sunny Murray, Dewey Redman, Albert Ayler and Ornette Coleman, there’s little chance Wynton Marsalis will ever follow suit. Daniel crafted sophisticated arrangements so the originals fit seamlessly with the other tunes. For instance Murray’s sing-song “Jiblet” serves an appropriate introduction to Redman’s “Innerconnection”, which is given such a furious workout by Daniel Carter’s nephritic sounding tenor sax work and drummer Tatsuya Nakamura’s vigorous slapping that the track could define Energy Music. While the other horns honk and cry, the trumpeter’s tone is smoother and graceful. That’s most obvious when his mellow composition Pagan Spain is performed with muted grace notes joining a reading of Coleman’s “Congeniality”. Cunningly “Congeniality” is the concluding theme following an introduction of thickened stops from bassist Richard Pierce plus Nakamura’s splatters. Unbridled buoyancy is maintained, while in the background Oliver Lake creates a seething call-and-response, alternating between cowbell and piccolo. The true magnum opus on the CD however is “Ghosts”. Turing Ayler’s march-tempo dirge into an extended collective improvisation, the band emphasizes the tune’s gospel roots. Swelling in tandem, Carter’s squeaking melisma becomes the preacher as the other instruments’ sway congregation-like around his literal speaking-in-tongues solo. Crucially though, the trumpeter’s erudition is such that though the tune coarsens, space remains for his controlled comments.

The valuable archival series from No Business offers up another gem from the 1970s. Trumpeter Ted Daniel’s robust small group is documented on a couple of sets from the apex of the loft jazz scene, here wailing at Sunrise Studio in November 1975. Joining Daniel (trumpet, flugelhorn, French hunting horn, and Moroccan bugle) is Daniel Carter on tenor sax, Oliver Lake (alto, soprano, flute, piccolo, and cowbell), bassist Richard Pierce, and drummer Tatsuya Nakamura. After the buoyant, lyrical miniature “Jiblet” opens the set, the 25-minute title track hears the group stretching out majestically. The key to this group’s character, unsurprisingly, is the horn interaction and the general contrapuntalism of most of these performances. The horns weave and chatter at length, buoyed by the creative churn of these under-heralded rhythm players. Daniel himself takes several striking turns on trumpet, and his incisive work on the opener is followed by an absolutely fierce soprano incision. Long pieces like this can ramble, but the Energy Module deftly weaves in compositional fragments, as with the smoldering Ornette-ish melodies that pop up regularly.

Pierce’s throbbing bass opens “The Probe” and Lake soon joins for a long, spacious alto meditation filled with intense dynamics (restrained overtones that flirt continually with heat). These reflective moments are heard throughout, as is the case often with Pierce (whose compelling solo opens the second disc, which consists of a single, half-hour medley) and Daniel himself (who sounds righteous on “Entering” and in a mournful trumpet trio that frames the texturally dense “Pagan Spain”). But it’s never too long to wait for the next sprint, as with the exuberant freebop that leads into a jubilant reading of Ayler’s “Ghosts” or the antic Ornette tune “Congeniality.” And all over this music is Carter, who continually generates just-so counterlines and complementary timbres (aside from his own hot improvising, as in a vivid duo where he’s paired with Nakamura on quarter drums). These kinds of sessions can get wearisome, the more of them you have in your collection, but this one is vital, organic, and bracing from the start. There’s real heat and chemistry here that makes it stand out.

As regular readers of this column will know, I'm a huge fan of the Lithuanian label No Business, who have been doing heroic work in documenting overlooked free jazz from the seventies onwards. This is the latest in their outstanding series of previously unreleased recordings of the 1970s Loft Scene, when free jazz went underground. Playing trumpet, flugel horn and Moroccan bugle, Ted Daniel leads an outstanding group of musicians - Daniel Carter on tenor sax, Oliver Lake on alto, soprano, piccolo and flute, Richard Pierce on drums and Tatsuya Nakamura on drums – through tunes by Ornette Coleman, Dewey Redman and Albert Ayler, adding a few original themes of their own. Their version of Ayler's 'Ghosts' is incredible, with the players communing with the spirits over 15 ecstatic minutes. This glorious music underlines Sam Rivers' observation that rather than being a destination in itself, free jazz is an open highway to new forms of expression and discovery. 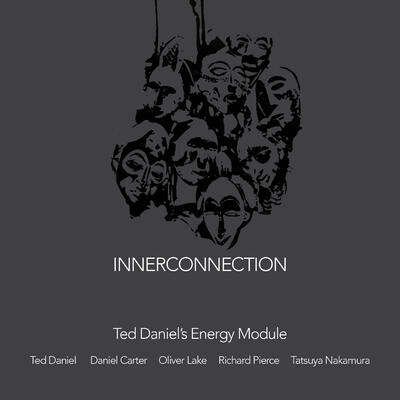