In December 2018 I had a four-night residency at the Bitches Brew jazz club in Yokohama. These concerts were organized by Mr Kenny Inaoka, founder and editor-in-chief of the webzine JazzTokyo.com and a prodigious jazz record producer and Seiichi Sugita, the owner of the Bitces Brew. They managed to invite some of the greatest improvisers from the Tokyo area to join me for four concerts in a row. This album captures some sound memories of those unforgettable performances with fantastic musicians Otomo Yoshihide, Kazutoki Umezu, Masayo Koketsu, Akira Sakata and Eiichi Hayashi. Enjoy! Big thanks to all the musicians who joined forces on those concerts, Kenny Inaoka, Seiichi Sugita, Kuniko Iwasita, Akira Saito, Gabija Čepulionytė and Raminta Sodeikienė 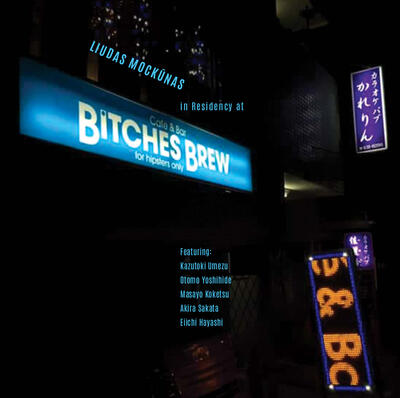