The Freestyle Band never courted fame, but they never welcomed obscurity either. The choices they made to follow their individual muses and to independently document their efforts were conscious ones. The musicians made this music in the faith - perhaps certainty is a better word - that its power and integrity would ultimately triumph over shortsighted commercial pressures and America’s racist attitudes toward black artists. Perhaps this reissue does a little bit to validate that faith.

“Ain’t No New Thing,” a 1972 piece by recent ancestor Gil Scott-Heron, is regularly proven to be true by connoisseur labels of jazz-based forms of avant music. Through their efforts, old and often previously unheard music continues to be made new and newly available again. NoBusiness Records’ reissue of the Freestyle Band’s recently unearthed 1984 recording is a fine example of music that’s been underground for too long, and heard by too few people when it was in print.

Freestyle Band was comprised of clarinetist Henry P. Warner, electric bassist and pianist Earl Freeman, and hand drummer Philip Spigner. Of the three, Freeman was the best known, having played on several notable late ‘60s-early ‘70s recordings with Noah Howard, Archie Shepp and others. Warner was an early associate of Billy Bang’s, documented by No Business’ retrospective of the violinist’s earliest recordings. Spigner – aka Ade Yeme – worked with Bang early on and made his recording debut on Freeman’s Soundcraft ’75 (Anima).

Nearly 30 years after its first release, Freestyle Band has a searching freshness that belies its age. Warner’s b-flat and alto clarinets often project a deeply lyrical, resonant timbre more associated with the bass clarinet. Spigner’s hand drumming is rooted in African and Afro-Cuban rhythms, but there is also a quality that can be likened to Coltrane’s sheets of sound. For me, though, it is Freeman’s electric bass playing that is the most arresting. His extraterrestrial approach to his instrument is reminiscent of the deep, rubbery sound made famous by Funkadelic’s Bootsy Collins, which he successfully brings to an avant, improvisational-based setting.

Two pieces stand out. The first is the twenty-one minute composition “Pelican,” named in honor of Lower East Side poet and philosopher Carl Lombard (aka Dr. E. Pelican Chialto), begins with unaccompanied solos by each musician – Freeman, Warner, then Spigner – before slyly moving into a head-nodding groove that only relents with Freeman’s too brief closing piano coda. The other is the ten-minute closing “Bird Knows”, which showcases Warner’s most introspective and soulful playing and Freeman’s orchestral piano accompaniment.

The fourth in a series of No Business discs of loft jazz rarities, The Freestyle Band documents one of the most distinctive ensembles to emerge from New York's DIY scene. A cooperative trio of clarinettist Henry Warner, percussionist Philip Spigner (Adeyeme) and bassist Earl Freeman, they self-released a single LP in 1984 before disbanding. All three musicians also appeared on Sound Craft '75 (Anima), credited to the Universal Jazz Symphonette and featuring Freeman's compositions. The Freestyle Band, released by Spigner's Adeyeme Productions with Freeman's cover art, an intricate psychedelic drawing of a capital letter "E", was once not too hard to find in the "cheap/weird" bins in New York record stores (where I bought mine). No Business has augmented the original three tracks with two extra pieces (sourced from Warner's archive – the original masters were lost), presented in session order with exhaustive liner notes by Ed Hazell.

To call the Freestyle Band a standard reed-and-rhythm trio wouldn't do it justice: Freeman plays fretless electric bass, and also provides occasional piano flourishes, and Spigner is a conguero of highly individual power. Their mode of communication is what one might call "parallel" – not moving in ways that other free jazz units might. There's a constant hum of low-level activity, on complementary planes. The 20-minute "Pelican" is a fascinating series of unaccompanied performances, beginning with solo electric bass, plasticized and making use of plucked harmonics along with strange intervals and gooey movements. It's unlike any bass playing I've ever heard, introspective and delayed while retaining a pure sense of intonation and phrase construction. Warner follows on Bb clarinet, taking some of the bassist's spare, isolated note groups and giving them a shrill, laughing quality and particulate swagger. Spigner's solo is detailed and varied, shifting from loose Afro-Cuban beats to concentrated rim shots and skipping, stammering flashes. The three musicians merge at the ten-minute mark, Warner's upper-register trills and jaunty chortles spiraling outward, shored up by relaxed warble and stripped-down cyclical rhythms. Almost imperceptibly, the trio ramps up the intensity, with banshee cries and staccato beats at sonic odds, but they just as quickly rein things in to a dusky, vibrato-laden slink.

"Dr. Nuñez" begins in medias res, Warner's alto clarinet choppy and sputtering with leaky thickness, creating bright flickers against Freeman's funky wander and the doubled and tripled patter of Spigner's congas. In the last 30 seconds of this short piece, the bassist moves to the piano, painting dark washes behind reeds and percussion until the music fades out. "The Roach Approach" is a longer work, with bass and Warner's sultry, low wood in a syrupy creep as Spigner maintains a dry, shimmering constancy. Warner's cries are Aylerian and his depth recalls Dolphy's "God Bless the Child" (albeit more harried), while his partners draw lines and circles that result in a collage effect. Indeed, the three could be seen as working in different media that just happen to merge on the same canvas.

Of the two additional tracks, "Bird Knows!" is especially notable for featuring Freeman's rarely-heard piano for most of its length. Rhapsodic and rugged, he works in broad areas of sound that crystallize in surprisingly gorgeous ways. His resonant surges shape the clarinet and conga improvisations, pushing them into a biting fragility not evident elsewhere. When Freeman shifts back to the bass in the closing three minutes, Warner seems more secure, and his phrase shapes take on a robust, wheeling energy. It's as if the introduction of another instrument shook up the dynamic, which speaks in itself to how cohesive and special the Freestyle Band's language was. This reissue is a testament to how much differentiation existed within loft jazz, and it's great to have the opportunity to spread the Freestyle Band's gospel once again. 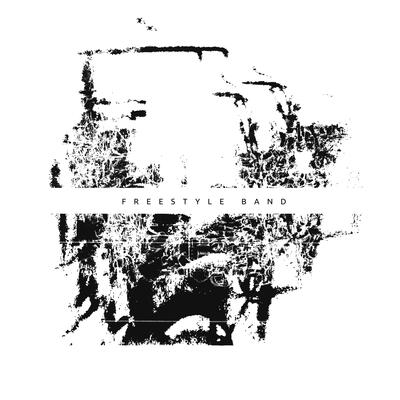