German saxophonist Stefan Keune has a strong affinity for British improvisers, having worked with the likes of Roger Turner, John Russell and John Butcher. This set, recorded at London’s Vortex Jazz Club in November 2013, teams him up with two of Britain’s finest rhythm players, drummer Steve Noble and the young bassist Dominic Lash. With as energetic a player as Noble behind the kit, it doesn’t take long for opening track ‘Two Far’ to get going. Keune writhes around the upper register of his tenor, like a bird thrashing its way out of an oil slick, while Noble plants whipcrack snare rolls and tom detonations under Lash’s creaking bass. Noble’s drumming is robust, but textural, leaving plenty of space for Keune and Lash to roam freely. There’s some righteous fiery multiphonics, but some of the most effective passages are where Keune explores the altissimo range of his tenor and sopranino horns, conjuring a swarm of twittering blackbirds and demented starlings, while Lash’s bass lurches between grainy harmonics and dolorous plucks.Fractions is among the best of No Business’s summer batch, which also includes fine albums from Lash and Alexander Hawkins’ Covergence Quartet, the vibraphone and cornet duo of Karl Berger and Kirk Knuffke, and the high-level European improv summit Intricacies. 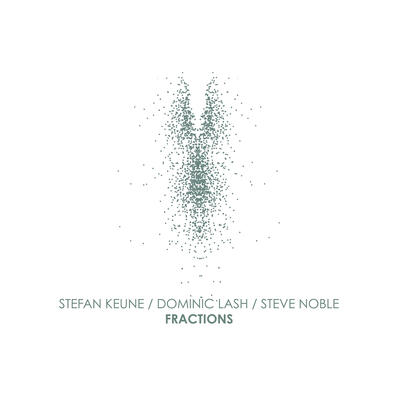