Recorded 41 years ago this month, Detail-90 (available as LP or download) presents two side-long improvisations from the seminal free jazz unit: Norwegian alto saxophonist Frode Gjerstad, expat American bassist Kent Carter and British drummer John Stevens (who died in 1994). By this stage the group was eight years old, with the only significant change being the passing of original member South African bassist Johnny Dyani in 1986. However the shift in personnel didn’t alter the trio’s essential character and it remained a pioneering co-operative thriving in the fertile soil between jazz and abstraction. Stevens looms large in the outfit’s triangulations here, with a firm hand on tiller, steering the interplay and dynamics from behind his kit. Even his choice of when not to play proves decisive in calibrating the overall trajectory while his prompting and cajoling act as a fulcrum around which saxophone and bass pivot. He often lays down a regular pulse, pitching the exchanges towards freebop (indeed Stevens maintained a band of that name for several years), with Carter walking propulsively and Gjerstad unfurling bright Ornette Coleman-inspired dancing lines in response. At other times Gjerstad adopts a querulous raw-edged tone, embellished with dissonance and multiphonics, presaging his later approach. Carter (who cut his teeth in the ‘60s with the Jazz Composers Orchestra and Paul Bley, then was part of Steve Lacy’s groups in the ‘70s) moves in resonant parallel to Gjerstad, switching easily between bow and fingers. Interaction between the pair reaches a high on the second side, with Gjerstad gradually running repeated phrases together in swinging style as Carter fashions a buoyant counterpoint, before they peak with sustained notes from alto and arco bass pleasingly intertwined. With much of the band’s discography out of print, this flowing set makes a fine addition, particularly timeless in all senses of the word when they strike out into the unknown. 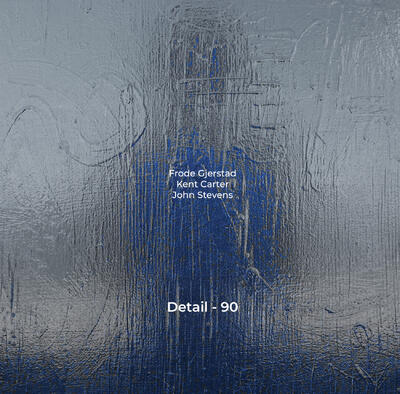