The third and best album by this nimble transatlantic jazz band (cornetist Taylor Ho Bynum is American, drummer Harris Eisenstadt is Canadian, and bassist Dominic Lash and pianistAlexander Hawkins, one of the most exciting keyboardists in improvised music, are both British) applies the distinctive musical personalities of first-rate improvisers to a series of detailed, structured compositions written by all four members. The songs veer in and out of postbop but maintain a single cogent sound. Eisenstadt's multi­partite "Third Convergence," for example, opens with knotty freebop rambling, then suddenly melts into a gorgeous ballad sequence, where Hawkins injects subtly sour, beautifully lyrical harmonies and Bynum plays a plush, radiant solo—and that's only halfway through the tune. Moods and styles shift from track to track, but no matter the territory, the musicians dissolve the gap between their jazz foundations and their predilection for abstraction. Few recordings I've heard in the past couple years have so vividly collided extended technique and pure-sound exploration with melody and crisp swing. 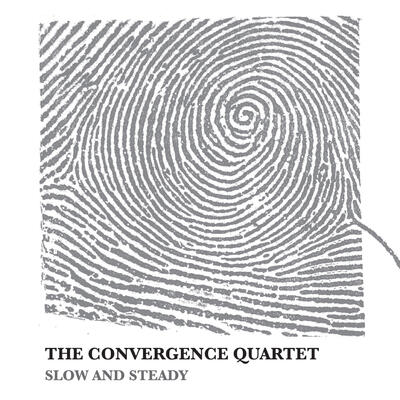