If there are two top-shelf Downtown pianists worth following on Facebook, they are certainly Anthony Coleman and Matthew Shipp, the latter for his political polemics and the former for his extemporaneous standards and public woodshedding. Further documentation of Shipp’s dialectics may have to wait until he hits the lecture circuit (although he does have a strong solo album of his own due in May), but Coleman’s piano studies fortunately are captured and preserved on disc every so often, most recently on this release from the good people at NoBusiness. Coleman, no doubt, could make a new piano record every afternoon if he decided to, but they likely wouldn’t all be as good as Catenary Oath. This solo recital, recorded at Jordan Hall in Boston in 2018, is the sort of gravely joyful statement Coleman is uniquely qualified to make and yet (probably) doesn’t muster every day. The album opens with a dedication to Roscoe Mitchell performed fast and free. It’s an unusual mode for Coleman and one that otherwise only arises in moments during the session. The next two tracks—and just as much so their titles—speak to the bittersweet sentiments of the bulk of the record: Billy Strayhorn’s “Something to Live For” and Coleman’s own “Funeral Xylophone Music”, as if to say, “Ain’t life grand? It’s living I can’t stand.” The structures are sometimes complex, the emotive wallop more often so. As well as being a fine composer and improviser, Coleman is a wonderful interpreter, as evidenced here by his sensitive delivery of three wizened old tunes: the aforementioned Strayhorn, a sort of 7th inning stretch in the John Klenner-Sam M. Lewis chestnut “Just Friends” and a wonderful take on Duke Ellington’s “I’m Beginning to See the Light”, in which Coleman seems to find both the darkness and the dawn. With no slight to his own extemporizations, the latter is a highlight of the album, an eight-minute display of heart and fingers. Released as digital download and limited edition LP, Catenary Oath is a superb statement of pianistic smartitude, one to which the savvy consumer will no doubt return. 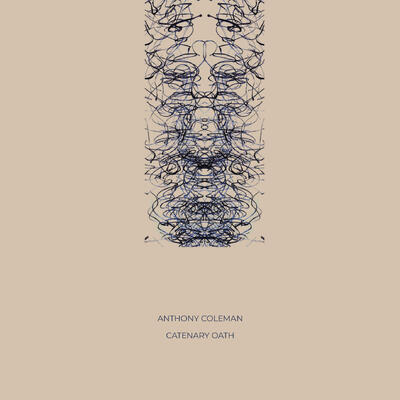