BRONIUS KUTAVIČIUS (b. 1932) is considered one of the most important Lithuanian composers of the second half of XX century. Yet in his early music pieces the composer has applied various avant-garde techniques and modern principles such as serialism, sonorism, aleatoric and collage. But according to Kutavičius, he started writing some of his valuable compositions quite late, in the 1970s. At that time the Baltic music was marked with the search for national identity, individual musical language and style. Kutavičius’ music during the 1970’s provoked something of a cultural shock in the Lithuanian public and his compositions Pantheistic oratorio (1970), Dzukian Variations (1974), The Small Spectacle (1975), Last Pagan Rites and Two Birds in the Shadows of the Woods (both written in 1978), the Second string quartet Anno cum tettigonia (Year with the Grasshopper, 1980) became exceptional events in Lithuanian music of the time. It can be said that Kutavičius discovered his own musical language that was combined with the asceticism, multilayered structures, repetitions and archaism of Lithuanian folk music intonations, forms and texture and covered with the extensive cultural domain. Eventually Kutavičius’ creation purified the specific features such as unique temporal-spatial relationships and interpretation, theatrical effect and resemblance to a ritual in his music, ability to create emotional tension by spare vehicles and repetitive minimalism that is associated with the principles of Lithuanian folklore. 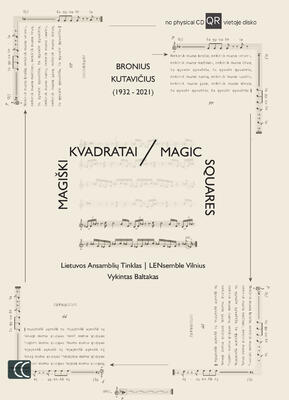