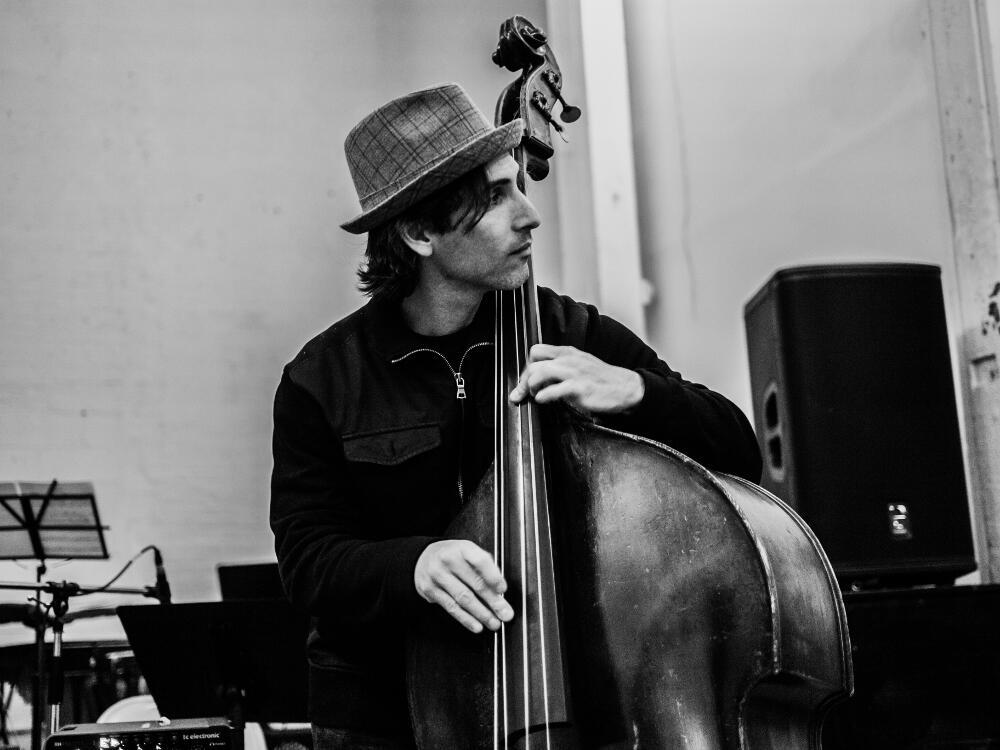 By combining a disparate set of influences into a unique improvisational voice, Adam Lane has become recognized as one of the most original creative voices in contemporary jazz. His 2006 recording New Magical Kingdom, was recently featured in the Penguin Jazz Guide 1001 Best Records Ever Made, and his most recent recording, Ashcan Ranting received a myriad of critical praise including four stars in Downbeat.

His current projects include his Full Throttle Orchestra, a nine piece ensemble formed to realize his extended jazz orchestral compositions, The Adam Lane Trio, featuring legendary reedist Vinny Golia, Four Corners, a co-lead ensemble with reedist Ken Vandermark, and an ongoing solo project that combines unique processed double bass improvisations with Lane's original story telling. As a sideman he has performed with an eclectic mix of musicians, from tenor great John Tchicai, to alto iconoclast Richard Tabnik, to rock legend Tom Waits. Lane's compositions have been praised for their audacity and originality.

Sam Prestiani of Jazziz says of Lane’s writing: “His confidence and confrontational prowess as well as his abiding sense of lyricism and heavy-groove power place him in the lineage of forward-jazz adventurism.” And Bill Meyer writes in Downbeat, “Lane’s music is genuine, accessible, fun. The music is deeply in touch with the essential pleasures of earwig-worthy tunes, fat bluesy grooves, and sheer tonal beauty.”

Lane studied composition at Wesleyan University with Anthony Braxton, and at California Institute of the Arts with Wadada Leo Smith. In 1996 he received a Paternings Scholarship for study at the Darmstadt School for New Music where he studied double bass with Steffano Scodanibbio, and attended master classes in composition with Karlheinz Stockhausen